Reviewed 4 days ago NEWvia mobile
The hotel is at the top of the resort, next to the mountains. The gondola passes at 50m by the hotel. The actual gondola stop is appproximately 1-1,5km far. The hotel provides a great shuttle that takes you to and from the gondola station.

You have to consider that the hotel is not in the centre of the resort, but the area is very nice and natural.

Breakfast was great, the indoor pool and spa also.

You can safely park your car in front of the hotel.

You can rent skis&equipment in the hotel.

The only comment i have to make is regarding the hallways that lead to the rooms. These have not in the best design resembling in my opinion a hospital.

The reception is nicely decorated including a big fireplace.

The rooms are spacious, bright and new.

All in all it is a great value for money.

SJI Ski Retreats - Apartments Bansko: Properties For Sale: We currently have a very limited number of apartments available for sale but please take a look at a selection of properties we do currentl...
Posted by Unknown at 13:54 No comments:

Xcalibre Registration Open - Check it out

SJI Ski Retreats: SJI Ski Retreats Bansko: Hi Wesley, Good to speak to you earlier today. Please see details of the units below and some more information about the development:The 3 b...
Posted by Unknown at 17:18 No comments: At least 20 million Euro will be the investment for the construction of an airport nearby the Musomishta village near Gotse Delchev. This was announced by an expert from the Civil Aviation Administration. The investor „Health and wellness” and has already received an approved general plan for the development of the airport. It plans complete rehabilitation of the runway of the former military airport. The runway is 2100 m long and is planned to be widened from 25 to 45 metres. Thus it will be able to service medium sized air planes like “Airbus A320” and “Boeing 737”
The investment also includes the contraction of a new passenger terminal will arrival and departure halls, customs, fuel stations, as well as sheds for small business planes.
The investor plans to complete the airport for the winter season 2015/2016. It will service mainly charter flights with tourists for the mountain resorts Bansko and Dobrinishte and the SPA resorts in the region, including Sandanski.
The capacity of the airport will be for at least 1500 flights and 100 thousand passengers annually. A helipad is also included in the project as it is essential for urgent medical service in the neighbouring winter resorts and wellness centres.
Source: http://www.bulgariaski.com/news/20131111/pirin_airport.shtml
Posted by Unknown at 10:46 No comments:

I've asked Scott to help me on the acquisition of a ski property in Bulgaria. He negotiated on my behalf and achieved what I considered to be a very good price. He then helped me with the many details of the acquisition from the major (like recommending a suitable lawyer) to the minor (like checking if there is a telephone connection in the property). I've always found Scott responsive, trustworthy and punctual and it is without hesitation that I recommend him.less

SJI Ski Retreats - Apartments Bansko: Gallery: Take a look at the great facilities and comfortable properties for you to enjoy with SJI Ski Retreats - Bansko. Please click on images to enlarge or start slide show …
Posted by Unknown at 09:02 No comments:

20 reviews from our community

Good value of money for services provided. Friendly and helpful staff. Spa excellent: inside pool big and available also in the summer, sauna and steambath too. Breakfast plentiful. Half board is advantageous. Studio and Apartment are spacious. The Hotel is in a quite place near the National Park of Pirrin. September is an excellent period for trekking.

Room Tip: The quietest rooms are those with mountain view.
See more room tips
Was this review helpful?Yes
Problem with this review?
Ask doriano v about St George's Lodge Aparthotel & Spa
This review is the subjective opinion of a TripAdvisor member and not of TripAdvisor LLC.Kind Regards,

The information in this email and any attachments is confidential and may be legally privileged. If you have received this message
in error please notify us and remove it from your system. Any unauthorised use, disclosure, copying or printing of the contents is
prohibited and may be unlawful. Any views or opinions expressed are solely those of the author and do not necessarily represent
those of SJI Overseas. SJI Overseas will not accept responsibility for any commitments made by its employees
outside the scope of its business. Reasonable care has been taken to ensure that the information contained in this document is
accurate. SJI Overseas cannot warrant the accuracy, adequacy or completeness of the information and expressly disclaims liability
for errors or omission therein. SJI Overseas does not take responsibility or liability for the policies or actions of its partners, agents,
sub agents or property developers. Any financial or legal advice given in this email may not be relied upon in connection with any
investment decision. Whilst all reasonable care has been taken to avoid the transmission of viruses, it is the responsibility of the
recipient to ensure that the onward transmission, opening or use of this message and any attachments will not adversely affect
its systems or data. SJI Overseas cannot accept responsibility for changes made to this message after it was sent.

Absolutely fantastic hotel.Although we stayed out of season when it was taken just a few rooms,staff absolutely retained a level of service like in the high winter season.
Studio is spacious and has a large comfortable bathroom, terrace and separated sleeping part from the daily.Internet connection is good
Kitchen cabinets are new and functional, just missing something more dishes.
The hotel has a pool that is a function of the off-season but the water was colder than the prescribed 29 degrees
The food is excellent and the buffet is served during the weekend when there were more guests

Was this review helpful?Yes
Problem with this review?
Ask Tamara M about St George's Lodge Aparthotel & Spa
Posted by Unknown at 17:27 No comments:


18 reviews from our community

Reviewed August 12, 2013
As a family of five, we had our first ever trip to Bulgaria earlier this year. We weren't sure what to expect and were pleasantly surprised. The accommodation was brilliant. Nestled in the mountains with the ski slopes a stones throw away. It was breathtaking. The facilities were exceptional as was the service. The staff were friendly and eager to...More

Reviewed August 12, 2013
Had a completely relaxing 8 night break The service was excellent, friendly and always helpful. The apartment (studio) was ideal for the two of us, and although we had planned to cook from time to time, there was no need. We ate most days in the hotel and the food was as good, and similar in price, to in town....More

Reviewed August 8, 2013
We (family of 5) stayed at St George's Lodge for a couple of days. It is really a high quality development with great attention to service. The location is great and the facilities superb. The current management team is striving towards continuous improvement and I can see St George's Lodge becoming the best aparthotel in Bansko soon. It was for...More

Reviewed June 24, 2013
Great complex. 1 bedroom Apartment Is best choice for families with one child for really good price. Summer in Bansko can be fun with the whole range SPA facilities, large pool area and mountain walks. We are looking forward to our next visit end of July.
Was this review helpful?Yes4
Problem with this review?
Many thanks for your positive review and we look forward to welcoming you back.More

Reviewed April 29, 2013
Fabulous spa and massage, friendly staff , food not so great but great food in town!the studio apartment was well equipped. great views from the balcony! The design and attention to detail really stand out although the quality may not stand the test of time but we will go back!!!The taxi service to the town was really handy after a...More

Reviewed April 24, 2013
We are owners in another complex but our apartment had a problem and we rented in St Georges..... very nice complex , the apartment we staid in was a studio but very comfortable and warm and once again we used HHB for our taxi transfer which was on time and excellent
Was this review helpful?Yes1
Problem with this review?

Reviewed April 3, 2013
St.George's Lodge is a beautiful hotel with a five star facilities. Rooms are clean, large and comfortable with a modern design. Reception is open and cosy but the most important is that the staff is extremely friendly and nice, nothing is too much trouble for them! Restaurant offers a delicious food on a very reasonable price. The pool tables and...More

Reviewed April 1, 2013
Stayed with my husband and daughter just a week ago. Really enjoyed St George with all those friendly people working in the hotel, big comfortable and clean room with great views, amazing nature and tasty food, especially good breakfast! The hotel is really luxury and yet it costs quite normal, if not cheaper than other similar or even much worse...More 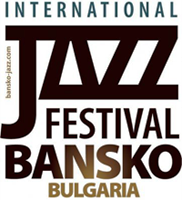 Adventures in The Surrey Hills UK 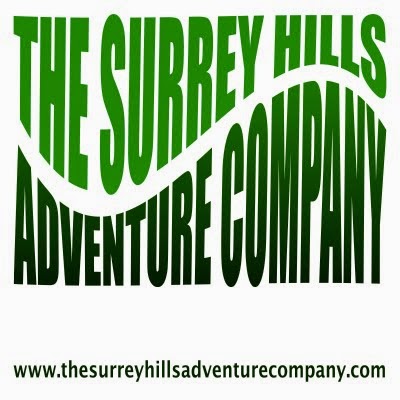